Helicobacter pylori is a special kind of pathogenic microorganisms, which are able to produce in a large number of toxic substances that damage the mucosa of various organs. This leads to an inflammatory process and the emergence of gastritis ulcers or cancer. Unlike other bacteria, H. pylori can live in an acidic environment. It can adapt to any conditions, changing its spiral form on an oval or spherical.

The bacterium Helicobacter pylori can exist outdoors. Usually it is transmitted via mucus or saliva of a person. Infection can occur by contact-household through personal hygiene items or utensils, and kissing. In rare cases infection is possible when performing endoscopy of the stomach or other medical research. In addition, Helicobacter pylori excreted in feces. You can catch it by drinking contaminated water or poor food.

When the bacterium enters the stomach through the esophagus, it is not killed by the action of hydrochloric acid. It destroys the tissues and mucous membranes, disturbing the normal functioning of internal organs.

Bacteria in the body actively produces ammonia, reducing the acidity of the stomach. Due to this, the Helicobacter pylori can for many years is in the stomach and does not cause pronounced symptoms.

Please note! To get rid of the pathogen is possible only with the help of antibiotics. Antimicrobials regulate the level of acidity of the stomach.

Treatment usually involved in the doctor-gastroenterologist after the patient undergoes the examination.

Quite often Helicobacter pylori on the face leads to the development of eczema, psoriasis, flat depriving or atopic dermatitis.

To determine the exact diagnosis specialists use invasive method of diagnosis is endoscopy with subsequent biopsy tissues of the stomach and laboratory tests. It is considered the most accurate non-invasive diagnosis. The doctor extracts tissue of the gastric mucosa and examines them for the presence of foci of inflammation and pathogenic microorganisms themselves.

To protect themselves from the action of gastric acid bacterium secretes a specific enzyme – urease. It has a unique feature – the splitting of urea to ammonia and carbon dioxide. They stand out when breathing, so they can be found in urease respiratory test. It is carried out with the use of urea solution, which are marked with isotopes of carbon atom. For pregnant women and children made use safer test with urea.

Stool tests for Helicobacter pylori allows to identify even small amounts of pathogenic microorganisms and is the most reliable method of detection.

Cytological analysis demonstrated the presence of bacteria in the mucus of the stomach. The test is considered positive if the doctor found at least one Helicobacter pylori. Depending on the number of microorganisms there are 3 degrees of contamination:

PAP smears gastric mucus is performed by using fibrogastroduodenoscopy. This method of examination of the gastrointestinal tract is to use the probe.

How to take the test?

For research on antibodies to Helicobacter pylori specialist takes blood from a vein. Then she puts in a tube and rolled up using a special gel. It separates the plasma from other elements. In the presence in the body of the pathogen in the plasma can be used to detect immunoglobulins. To donate blood for Helicobacter pylori should be in the morning on an empty stomach. 1 day before it is necessary to refuse from fat food.

3 days before taking the stool test you should not eat fruits, vegetables and cereals rich in fiber. You should also limit your intake of salt and foods with dyes.

Please note! Before testing it is impossible to put an enema, take antibiotics and use of rectal suppositories.

The breathing test is carried out according to the following scheme:

If the second test expert detects the occurrence of carbon isotope in the samples, the analysis result is considered positive.

Upon delivery of a breath test, it is important that the saliva got into the tube, otherwise you'll have to re-carry out the procedure. 3 days before the test is strictly prohibited to drink alcoholic beverages and consume foods that trigger flatulence (legumes, apples, rye bread, etc.). 1 hour before the analysis itself should refrain from drinking, Smoking and chewing gum.

In the study of blood, an important indicator is the presence or absence of antibodies to Helicobacter pylori. Experts distinguish 3 types of antibodies to the bacteria – A, G and M. They appear at different stages of infection and help the doctor to determine how much time the patient contaminated with the bacterium.

If the result is positive, it is detected in the blood IgM, indicating an early stage of infection. Figure IgG demonstrates the presence of pathogenic microorganisms or residual antibody after extraction. Figure IgA confirms the infection of bacteria.

With a negative IgM result indicates the absence of infection with negative indices of IgG and IgA. If IgG is detected, then no bacteria or infection has occurred recently. The rate of IgG characteristic of the recovery period or in the body of a missing Helicobacter pylori.

Please note! 14 days after the end of therapy the titre of immunoglobulin G decreases in 2 times. If his decline in six months occurred in 2%, you can expect to complete the destruction of Helicobacter pylori.

Blood from a vein has a number of contraindications:

The result of the breath test also is positive and negative. Upon detection of bacteria, the doctor conducts a quantitative study using a mass spectrometer.

Depending on the interest level of the isotope of carbon in the air exhaled by the patient, there are 4 degrees of contamination:

Transcript of the stool sample yields a positive or negative result, when Helicobacter pylori was not detected. For IgG antibodies is used as follows:

If time does not treat Helicobacter pylori infection, it can cause serious complications:

How to treat Helicobacter pylori infection?

Therapy of Helicobacter pylori infection is the use of antibiotics for long periods. In addition, the patient should follow a diet. Your doctor may prescribe the following medications:

Antibiotics are used not only in acute but also in remission of the disease.

The duration of therapy is 2 weeks. During this period, should avoid strong stress, to exclude from the diet fried, smoked, spicy and acidic food. On the first day of treatment the patient's condition begins to improve.

The destruction of Helicobacter pylori usually consists of 3 stages. The first line of medication to combat the microorganism often brings a positive effect, but if it doesn't bring the desired result, doctors prescribe second line drugs. If the second line can't cope with the bacteria that used drugs of the third line.

Treatment of Helicobacter pylori infection in children is from ingestion of De-Nol for 2 weeks and Furazolidone injections amoxicillin for 1 weeks. Instead amoxicillin you can use Clarithromycin or Roxithromycin.

This treatment scheme is ternary, since it is the use of 3 drugs is the antibiotics Clarithromycin and Amoxicillin, destroying bacteria, and proton pump inhibitors based on the omeprazole and other substances. They help the patient to get rid of many symptoms of gastritis and ulcers. In rare cases, the doctor can add to the treatment regimen the drug is bismuth, possessing gastroprotective, anti-inflammatory, and astringent.

Please note! Elderly people are prescribed a more lenient scheme. It consists of 1 antibiotics (Amoxicillin), drugs based on bismuth and proton pump inhibitors.

Often use antibiotics based on the metronidazole or tetracycline, if they were not appointed in the first phase.

One of the most effective modern antibiotics is Macmiror. The active ingredient in it acts nifuratel. It simultaneously inhibits the growth of pathogenic micro-organisms and prevents their reproduction. The advantage of the drug, improve the body's defenses. Macmiror is considered a second line preparation. It is prescribed in the case if Metronidazole did not give the expected result.

Drugs based on bismuth is De-Nol. It has enveloping action and forms a film on the gastric mucosa, protecting it from negative influence hydrochloric acid.

The most popular proton pump inhibitors are Omeprazole, Pariet and Omez. They are involved in the healing process of erosions, reduce the acidity of gastric juice and keep the molecules of an antibacterial drug in an acidic environment.

Some patients refuse treatment with antibiotics and choosing folk remedies. Such therapy is not less effective, but longer.

To normalize the microflora of the stomach is useful to have 1 raw egg in the morning before eating.

Has proven itself in the broth of Helicobacter pylori infection on the basis of St. John's wort, yarrow and calendula. Simply mix all ingredients in equal parts and pour 300 ml of water. To drink a decoction 150 ml three times a day for 1 month.

An effective remedy for Helicobacter pylori infection is a decoction of flax seed. It should be prepared by the following scheme:

Drink the resulting tool for 20 ml before each meal.

With high acidity is recommended to drink fresh cabbage, beet and potato juices.

According to patient feedback, and is effective in Helicobacter pylori use a tincture based on propolis. It should drink 10 drops daily for 1 month. To prepare it it is necessary according to the following scheme:

During the treatment the diet should be steamed meatballs, vegetable purees, mousses, pureed soups, fruit and berry juices and fruit drinks.

To avoid infecting H. pylori infection should follow these rules: 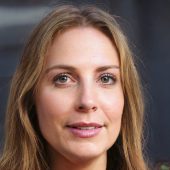 Author: Alena Aleksandrovna - gastroenterologistUpdated article: 13.04.2019
Hello. I gastroenterologist generalist, with experience of 8 years in clinics of Moscow and St. Petersburg. At the moment I am on maternity leave and some written articles for medical website Simptom-Lechenie.ru answer visitors ' questions. Please contact, happy to help.

One review to post “Helicobacter pylori – causes, symptoms and treatment”